Observatory for security against acts of discrimination - OSCAD 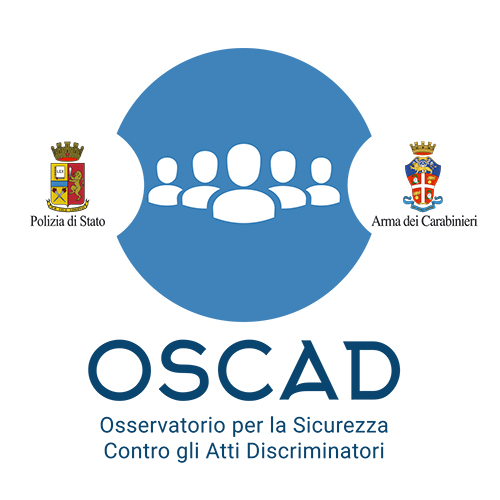 The Observatory for security against acts of discrimination (OSCAD) was established to protect the victims of hate crimes, to help individuals who belong to minorities enjoy their right to equality before the law and guarantee protection against any form of discrimination.

Removing obstacles that interfere with the enjoyment of such a fundamental right, recognized by the "Universal Declaration of Human Rights" as well as other European and International Conventions, is a sign of the level of civilization of a country, hence a goal that must be pursued with decision.

OSCAD is operated by the Polizia di Stato and the Carabinieri and is within the Department of Public Security - Central Directorate of Criminal Police.

Always remember that reporting an act of discrimination to OSCAD under no circumstances replaces a formal complaint with the police authorities or an emergency call to 112 or 113.