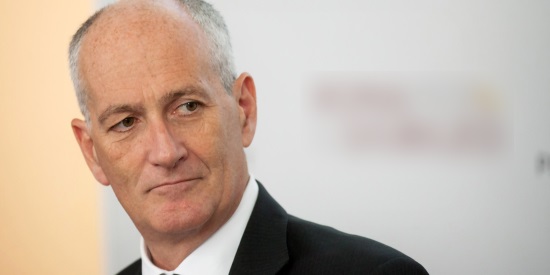 Born on February 13, 1960, in Viareggio (Lucca), Franco Gabrielli has a Law Degree from the University of Pisa. He joined the Italian National Police in May 1985 passing a recruitment competition as Vice Commissario and, after completing the training course at the Istituto Superiore di Polizia (Police Academy), he was assigned to the VI Reparto Mobile (Riot police) of Genova.

From January 1987 to August 1990 he worked at the Provincial Police Headquarters of Imperia, where he was assigned to the counterterrorism unit (Digos). Later on he was promoted to Chief of Staff, contributing to the investigations which led to dismantling the Red Brigades and the Combatant Communist Union.

From August 1990 to November 1996 he served at the Provincial Police Headquarters of Florence as Digos director, with responsibility for investigations into terrorism and the 1993 mafia bombing in Via dei Georgofili in Florence, collaborating with the late Judge Gabriele Chelazzi.

In December 1999 he was assigned to the Central Witness Protection Service of the Criminal Police Directorate in Rome as Chief of Staff.

In June 1999, after Prof. Massimo D’Antona’s assassination by the Red Brigades, he accepted an assignment to the Counterterrorism Service of the Directorate for Counterterrorism Police to investigate the case actively.

In August 2000 he was transferred to the Provincial Police Headquarters of Rome, where in 2001 he took responsibility of the Rome Digos.

In October 2003, he received a special merit promotion to Dirigente Superiore of the National Police in recognition of his decisive role in the investigations which brought to justice the Red Brigades terrorists who murdered D’Antona, Biagi, and Petri.

In the summer of 2005, he was promoted to become Director of the Counterterrorism Service and cooperated in the investigation which led to the arrest in Italy of one of the London underground attackers.

In May 2010, he took office as Vice Head of the Civil Protection Department and was appointed as Head of Department in November.

As Head of the Civil Protection Department he handled emergencies related to the earthquake that hit the Po Valley in May 2012, while in his capacity as Government Commissioner he coordinated the salvage operation of the Costa Concordia after it capsized in January 2012.

On April 29, 2016, he was appointed Chief of Police and Director General of Public Security by the Council of Ministers.