Crime: The Chief of Police in Belgrade 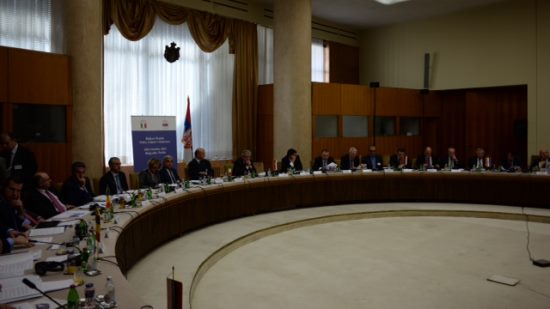 The Italian Police Chief Alessandro Pansa and the Serbian Prime Minister and Interior Minister Ivica Dacic have underlined the importance of close cooperation in the fight against organized crime at the Balkan Region Police Chiefs conference, which started yesterday in Belgrade. The conference was organized jointly by Italy and Serbia.

Mr Pansa said that, in this perspective, new actions should be directed both towards supporting the EU strategy in South-East Europe and implementing further bilateral and multilateral initiatives by launching new joint operations and setting up special task forces.

The Italian Police Chief also mentioned that Italy has entered into numerous bilateral agreements with Balkan countries and has established an extensive network of liaison officers in the region. This resulted in Italy's participation in joint operations, exchanges of information and good practices and in the organization of important initiatives in the field of technical assistance and police staff training.

Given the global dimension of criminal activities - he added - a transnational approach to this issue is required, coupled with an increased specialization of the officers involved in crime prevention and reduction. This is the only way - he concluded - to apprehend the most dangerous fugitives and neutralize trafficking organizations by attacking their criminal assets, thus preventing criminal proceeds from being reinvested.