The Chief of Police has died 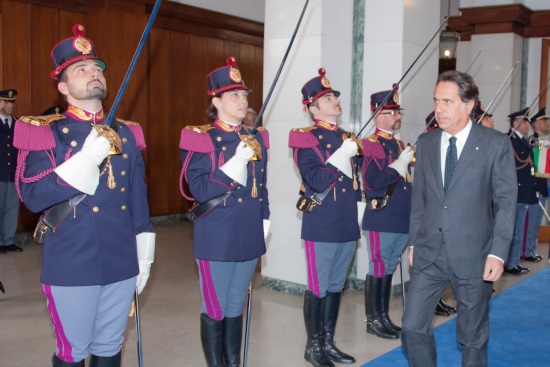 The Police Chief Antonio Manganelli died on 20th March. He had been admitted to Rome's San Giovanni hospital's intensive care unit on 24 February for emergency surgery to remove a blood clot from his brain. The Chief of Police, who turned 62 on December 8th last year, died as his physical condition worsened.

The news of his death aroused emotion and grief in the political and institutional world, where Manganelli was highly esteemed for his great ability to manage homeland security. He acquired his abilities over the years, starting as a young police officer and gradually taking more and more responsibility working in the most delicate Italian towns.

Police officers all over the country are mourning his death and manifesting their sorrow to the family.

The entire editorial staff of our website expresses its condolences to the family.

The Chief of Police will lie in repose at the Scuola Superiore di Polizia in Rome, Via Pier della Francesca, 3, tomorrow from 3.00 p.m.

He was appointed Chief of Police by the Council of Ministers on 25th June 2007, after a brilliant career as an investigator, during which he gained extensive experience and technical expertise first working on kidnapping cases and then on mafia investigations.

He directed the Central Witness Protection Service and was Questore of both Palermo and Naples.

In 2000, the Council of Ministers appointed him Prefetto di prima classe, assigning him to the post of Criminal Police Director and Deputy Director General of Public Security.

On 3 December 2001, he was appointed First Deputy Director General of Public Security.