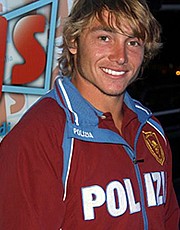 Federico Esposito took up windsurfing at an age of 10 and only one year later he already won his first Italian title in the Under 11 category.

He is part of the Italian national team and will represent Italy at the London 2012 Olympic Games.