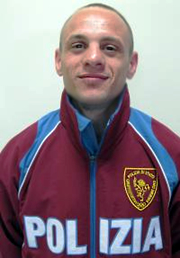 Vincenzo Picardi was born on October 20, 1983, in Casoria, near Naples. He began to learn the secrets of boxing from his idol, his father Antonio, who was an Italian pro champion in the Eighties, and from his first coach at the "Nino Ferrara" gym in Casoria. Vincenzo joined the police sports group Fiamme Oro in 2005, under the technical tutelage of Giulio Coletta and Michele Caldarella.

Vincenzo is a flyweight with a big heart who has inherited his father's taste for fighting at close range and his crucial blow. He earned a ticket to Beijing 2008 by winning a bronze medal at the 2007 Chicago World Championships and conquered an Olympic bronze medal. He has two special supporters, his wife Maria and his daughter Martina, and he loves spending all his free time with them after his training sessions.

He has defended the colours of Italy also at the London 2012 Olympic, losing by one point the match to advance to the quarter-finals.