A quick guide to bullying 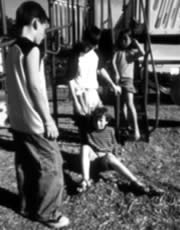 Bullying cases are increasing dramatically according to news reports. This rampant phenomenon is affecting more young people than we can imagine.

Apparently one child out of three is touched, though in different roles. The problem concerns, in particular,7/8 year-old children and teenagers between 14 and 16.

Considering the extent of this phenomenon, experts in childhood and adolescence issues are exploring it thoroughly, in order to outline its distinctive features and to develop effective strategies to prevent and respond to bullying.

Bullying can be defined as an act of repeated aggressive behaviour in order to hurt another person intentionally, often the action is persistent and the victims have difficulty in defending themselves.

Depending on whether the bullying incidents are more or less explicit, it can be broken into two categories: direct bullying (more common among males), characterized by an overt, aggressive behaviour, and indirect bullying, consisting in a less obvious behavioural disorder, and thus more difficult to detect, because it typically involves subtle methods of coercion such as psychological manipulation (more common among females).

In addition to the bully and the victim, bystanders, supporting the one or the other but also those referred to as "the silent majority", play a key role.

Since peers are present in 85% of bullying episodes, this silent majority is a resource of great value and could be an effective lever to help reduce the extent of the problem.